You Are a BACKGROUND Character! (A Lesson in Social Anxiety) 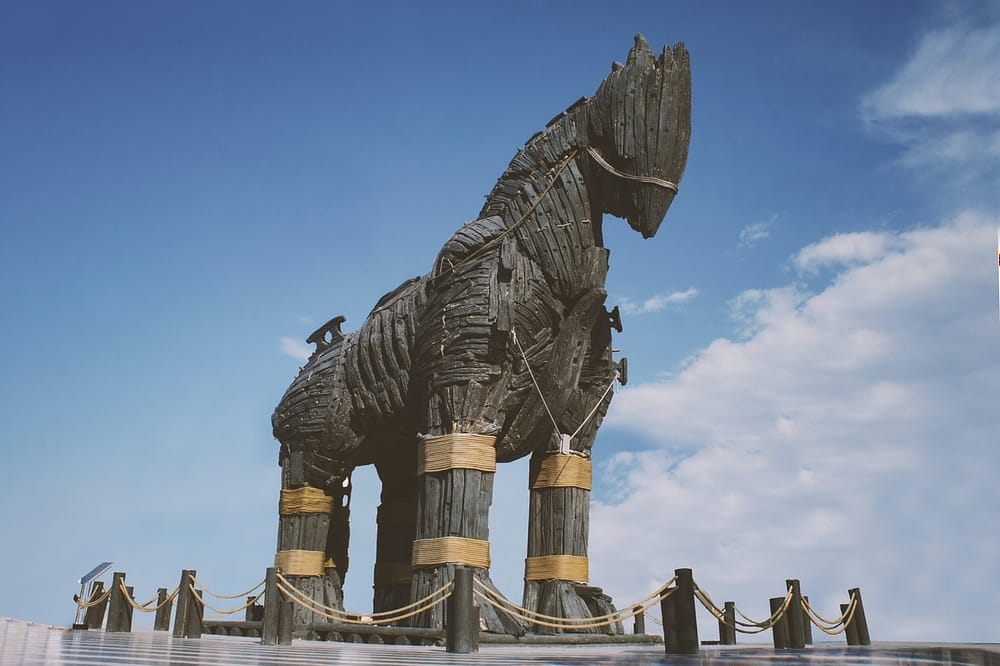 To give it your all in order to achieve your goals, but to end up falling short time and time again. For all the effort you are putting into it, surely you should be achieving your goals, right?

I know from experience how disheartening it can be to pour all your energy, time and even money into something with nothing to show for it. I’ve been there… for quite a long time actually. But in time, I have learned to be a little less stubborn and look for alternate ways and strategies to reach my goals.

Today, I’ll share with you one of those strategies.

If it feels like you’ve tried everything to reach your goal, this strategy might help you finally get that breakthrough you’ve been dreaming of for a long time!

Firstly, I need to give you a quick history lesson for this to make sense.

The strategy I’m going to teach you about is what I like to call the “Trojan Horse” for success. You’ve probably heard of the Trojan Horse, right? This dates back to roughly 1250 BC back in ancient Greek times.

But trust me, this strategy works even 3250 years later!

The Greek armies tried to take the city of Troy, which was said to be uncapturable due to the massive walls that surrounded the city. And for 10 years, the Greeks were indeed unsuccessful. They kept throwing everything they had at the walls and gates, much like you might be throwing everything at your goals, but they didn’t get anywhere during the entire 10 years….

But then they thought of the idea we now know as the Trojan Horse.

They built this giant wooden horse, withdrew their armies from the city of Troy and left the horse at the gates as a token of their surrender. Except of course for the fact that they didn’t actually surrender and that the Trojan Horse was filled with Greek soldiers.

And the rest, as they say, is history.

The Trojans took the horse into their gates. Then, at night, the Greek soldiers snuck out and opened the gates so that the entire Greek army could just walk right into the city and the war was won literally overnight!

They fell for it!

The Walls of Your Goals

It sometimes feels a bit like that, doesn’t it?

You’re like a battering ram trying to break through the gates to get to the promised land. To reach your goals that are right behind the huge fucking wall that’s in your way…

What if you’re pounding at the gates and trying to break down the wall, and then suddenly a door opens. Someone simply pokes out their head to look at you and says “You okay there? Do you want to come in?”

And so suddenly, you’re on the other side of the wall!

The key element of the Trojan Horse Strategy for success is to find someone on the inside that can open the gate for you, rather than taking the long and hard (yes that’s what she said) route to achieving your goals. In other words, networking and building meaningful connections with others.

A single contact can give you opportunities you’d otherwise never had!

Getting Through the Gate

What the vast majority of people would do in this case is create a list of the people they would like to reach out to and then ask them for whatever it is that they want. Out of the blue, they would ask someone they never met before to do something for them or to help them in some way.

This is obviously the wrong way!

If someone came up to you in let’s say a bar and they would ask you if you’d want to marry them, what would your reply be?

Probably for them to fuck off, right?

That’s basically what you’re doing if you go and ask for something right away!

Instead, when networking you want to first get your name out, establish some connection and see if YOU can help THEM. This would be the equivalent of having a talk at the bar, going on dates where they enjoy it, and going down the line until you eventually get to the question of whether you want to marry them.

In networking, lead with value.

Or at the very least, don’t lead with an ask!

Keep that in mind and you’ll be well on your way toward reaching your goals with the Trojan Horse Strategy!