The Value of Making Mistakes: Your Key to Success! 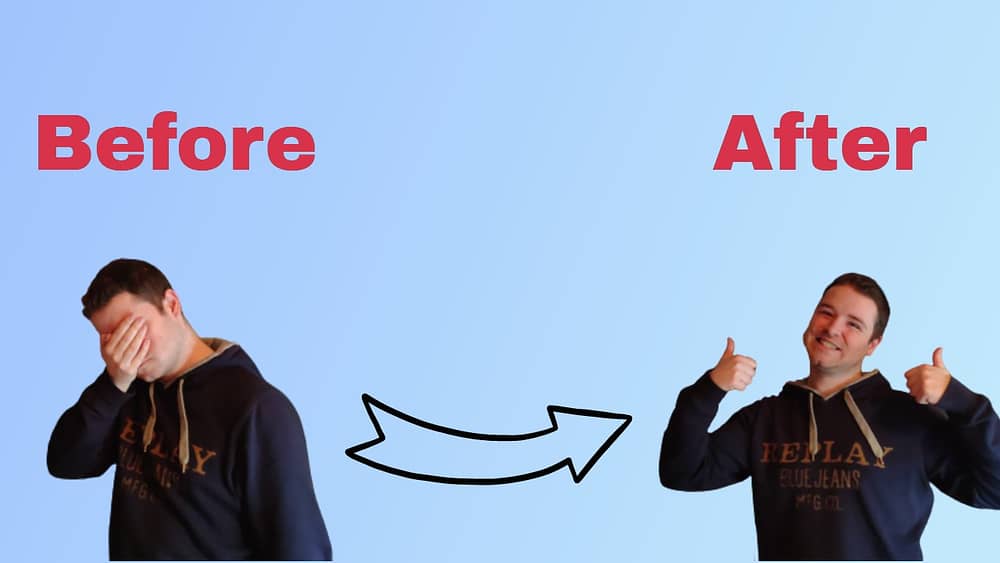 However, there is great value in making erros:

The value of making mistakes is the fact that with every mistake you make, you are learning a valuable lesson. Your mistakes are gifts that help you grow as a person and reach your full potential!

However, you need to have the right mindset to capitalize!

So in this article, I’ll share why most people avoid making mistakes, why that’s the REAL mistake and how you can make mistakes successfully so that you can reach your goals!

Why Do People Avoid Making Mistakes?

There are a few reasons for this.

One of the core reasons is our culture.

While everyone makes mistakes continuously, we don’t talk about them often. This stems from the idea many people have that making mistakes is bad, so they don’t want to lose respect or be seen as a failure!

And so, they only do things they’re familiar with, and as little as possible, all to avoid making more mistakes than absolutely necessary.

There is actually great value in making mistakes and owning them! It’s one of the best ways to get more respect from those around you, instead of less, but more on that in a little bit.

Why Making Mistakes Is Good!

I remember hearing the story of Sara Blakely, founder of Spanx and the youngest self-made female billionaire:

“What did you fail at this week?”

That’s the question her dad regularly asked at the dinner table when she and her brother were still kids. And he would be genuinely disappointed if they were unable to think of at least 1 thing they failed at that week!

It was one of the biggest lessons in Sara’s life!

She contributes much of her success to that 1 lesson from her father, as it empowered her to try new things without the fear of failure! It allowed her to take action, learn and do better the next time.

That’s the value of making mistakes!

The first reason is that most people are so afraid of failing that they never even try! They spend their entire lives playing it safe and never getting remotely close to reaching their goals!

On top of that:

Having made a mistake doesn’t mean you failed!

It simply means that you figured out a way that didn’t work, or that your execution wasn’t good enough to succeed. Meaning you gained the knowledge needed to do better the next time you try!

The Key to Making Mistakes Successfully

There’s an important caveat though…

Have you ever noticed someone you know (or even yourself) make a mistake and complain about it? And complaining about it several times after having made the exact same mistake multiple times?

That’s the definition of insanity as my bud Albert Einstein used to say:

Insanity is doing the same thing over and over again and expecting a different result.

And that’s the key to making mistakes the right way:

You need to learn from your mistakes!

Poker and investing are 2 fascinating games that I love, which are pretty similar:

They’re similar in many ways, but the one I’d like to point out is that people generally think they’re smart and make the right calls… when they win that is!

They think that they know well, and that’s what got them the wins. However, whenever they lose people often blame it on bad luck, the market, or the wrong hand.

They think they played it well, but were unlucky.

More often than not, this is not the case, which is where (future) professionals differ from amateurs. The professionals to be realize that they could have made mistakes and reflect back upon the situation!

The amateur shrugs it off as bad luck.

1 learns from the mistake.
1 denies he even made one.

That simple thing, the ability to admit you made a mistake and to examine what you could have done instead is a game-changer! If you do that, you will find success at everything that you do, period.

Take note of this:

If you take anything from this blog post, let it be the mindset that making mistakes is a good thing, so don’t be afraid to try new things and fail at them! You’ll get better and succeed as long as you learn from them.

That’s how you turn a mistake into personal power!

How Making and Owning Your Mistakes Earns You Respect

“Wouldn’t people think I’m a loser, if they see me make mistakes?”

That’s a common fear many people have.

You’ve likely encountered a situation where you know someone messed up but instead of coming clean about it, they try to hide it, blame it on circumstances, bad luck, or worse… other people.

Who would you respect more: The person who did the above, or someone who admits he/she made a mistake, apologizes, shares what they learned, and how they avoid making that mistake again?

By hiding your mistakes or passing on the blame to others, you only make people lose respect for you. They likely won’t say it to you, because that’s how society is, but they’ll definitely feel that way!

That’s the value of making mistakes and owning up to them!

Not only does it help you garner more respect, but coming out clean about them takes away the ammunition from others. They can’t use it to put you down, because you’ve already addressed it in a powerful way yourself!

As a final section of making mistakes successfully, I’d like to address a few questions I see people regularly ask online or search for in Google.

I’ll answer them here for those of you who struggle with something similar.

Is it normal to make mistakes at work?

You are definitely not the only one making mistakes, we all make mistakes. That includes every one of your coworkers, managers, and subordinates.

You won’t notice, unless you look carefully though.

Which is why it sometimes can feel like making mistakes at work isn’t normal.

People have the wrong mindset about making mistakes, so they’re afraid of getting fired for making them. They’ll try to clean up themselves or sweep the whole thing under the proverbial rug to avoid owning them.

Remember the 2 things I taught you above:

Own your mistakes, and make sure that you learn from them!

I feel like all I do is make mistakes, what can I do?

Keep on going, and make even more!

You’re on the right path to success for sure. The thing to realize is that this is not a straight path by any means, it has many curves, problems, and mistakes along the way.

Just take this 1 thing to heart:

If you made a mistake, spend some time reflecting back on it. Why did it go wrong, and what can you do better? Do that and no mistake will ever be in vain!

How do I Stop Dwelling on Past Mistakes?

That’s a tough one to be honest, and one that deserves an article of its own.

In life you get more of the things you focus on. Unfortunately many people focus on the negatives in their life, the things they cannot control and the past.

That’s a recipe for distaster!

The first step is to realize that making mistakes is as normal as breathing.

The second thing I want you to know is that there is nobody, and I mean nobody that thinks nearly as much about you as you do yourself! And that should be a relieving thought!

If you’re dwelling on your past mistakes because you’re afraid that you made a fool of yourself, know that the other person has most likely completely forgotten all about it already!

Back to your focus:

You cannot change the past, so instead focus on the present to enjoy it and the future to work towards your goals. Reflect on your mistakes once, take the lesson with you and look towards the future!

You’ll feel much better if you do that!

I have a dream!

It would mean a new step forward for humanity!

However, until that time I’m starting my revolution with YOU!

If you’ve read this entire article until you end, you should now realize that there is a great power in making mistakes. It’s my wish for you to take that lesson to heart and live by it.

Let’s make talking openly about our failures a thing and make a positive shift in people’s mindsets!