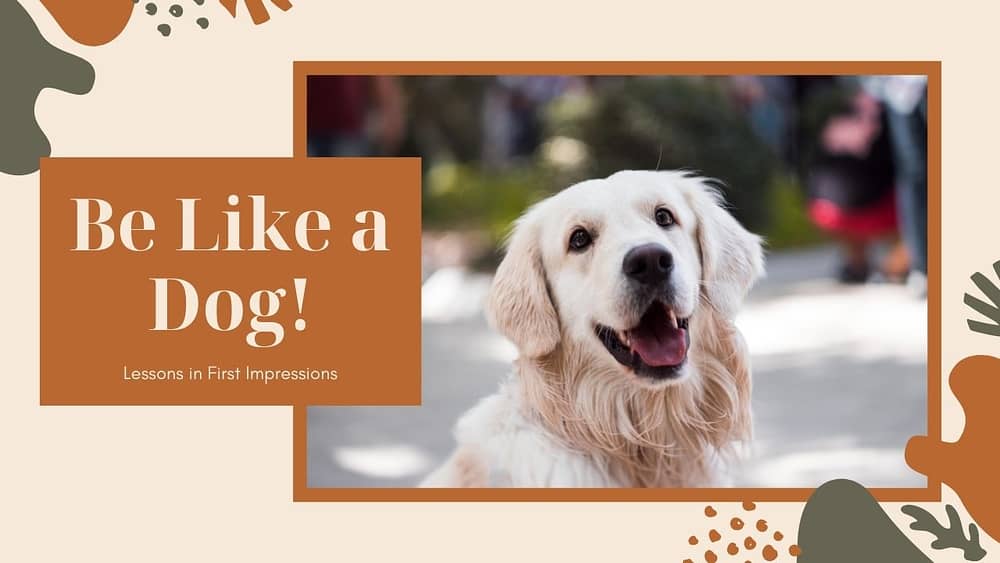 You’re out in town and suddenly your heart skips a beat when you see someone you’re instantly drawn to. You start to panic a little bit internally because you’re so nervous to approach. However, you decide to take a chance, approach and tap them on their shoulder, saying “Hi.” when they turn around.

From the second they turn around you can tell that they aren’t exactly thrilled to see you, and you later start beating yourself up, because you made a terrible first impression from the get-go.

Ever had that happen to you?

It’s no secret that a strong first impression can be the difference between a conversation and the following relationship going great, or things ending right there. Even though it’s so important, the cliche advice that “You only have one chance at making a first impression, so make it count” simply doesn’t do you any good…

Meaning that you’re in the right place!

Right here, I’ll be teaching you one of the most important lessons on how to create a good first impression with anyone. But this doesn’t just allow you to make great first impressions with people, doing this 1 simple thing will make almost every single interaction with anyone way better!

So without further ado:

What Dogs Taught Me About First Impressions

I used to be one of the biggest introverts known to mankind.

I was completely unable to make a strong first impression and build a connection with people even if my life depended on it. I always told myself that I’m not really a “people person” and that definitely showed in every single interaction I had with people.

This was mid to late teens by the way.

However… there was 1 kind of interaction I was great at:

When walking on the street, I would often see people walking their dogs. And that’s the point where I look at the dog, a wide smile automatically forms on my face and I often go like “Awwwwww”. The kind of reaction I never had to a person.

The dogs pick up on that!
They feel that you’re excited to see them!
And they return that excitement to you.

Dogs are generally amazing at this! With most dogs you’ll meet out there, you’ll notice that they look incredibly excited to see you (or anyone really)!

If all you can do is take on that kind of attitude, the kind of attitude where you’re happy to meet the other person. You’ll already notice an incredible difference in how people see you and interact with you.

If you go into any social interaction with low energy while sounding like you don’t want to be there, I can assure you that the other person will at some level (consciously or unconscious) pick up on that. And you’ll most likely get the same kind of low energy response from them, turning it into a pretty bad first impression.

Luckily, there’s an easy way out!

The Most Important Mistake that Ruins First Impressions!

Let me ask you this:

Can you even answer those questions?

The truth is that most people go through life on autopilot.

It’s a habit that works well for certain things, like driving a car. However, when it comes to social interactions and specifically first impressions, it’s the habit that sets you up for having bad first impressions and conversations. You need to have high energy for those situations!

Most of the “water cooler” at work is so predictable.

One of the first things I would recommend getting rid of from all of your conversations is “good”.

Don’t be “good” when people ask you.

Try using something like that instead of “good” and say it with genuine excitement. If you do that, you’ll notice a different response from people around you. And if you do that with new people you meet, you instantly set you apart from all the “good” people out there.

Don’t use that if you’re not actually doing well. It would be inauthentic and people will easily see through it. It’s fine to admit you’re not feeling it some day, but try to end it on a positive note though. Something like “I slept terribly bad last night, but I’ll be fine after some more coffee” is already way better than just being good.

How to Make a Great First Impression

The key to great first impressions is simple:

In order to make a good first impression, you need to come in with high, positive energy. Have open body language, a smile on your face, and look happy to meet the other person (because you actually are!). Remember that you will get what you put into the interaction more often than not.

Of course there are more things you can do, but this gets you halfway there already!

There is way more to first impressions and conversion than just that. It’s a massive topic that I could write about for days on end and still not cover everything! However, if you do what I’ve outlined in this article, you’re already well on your way to making amazing connections and first impressions with people!