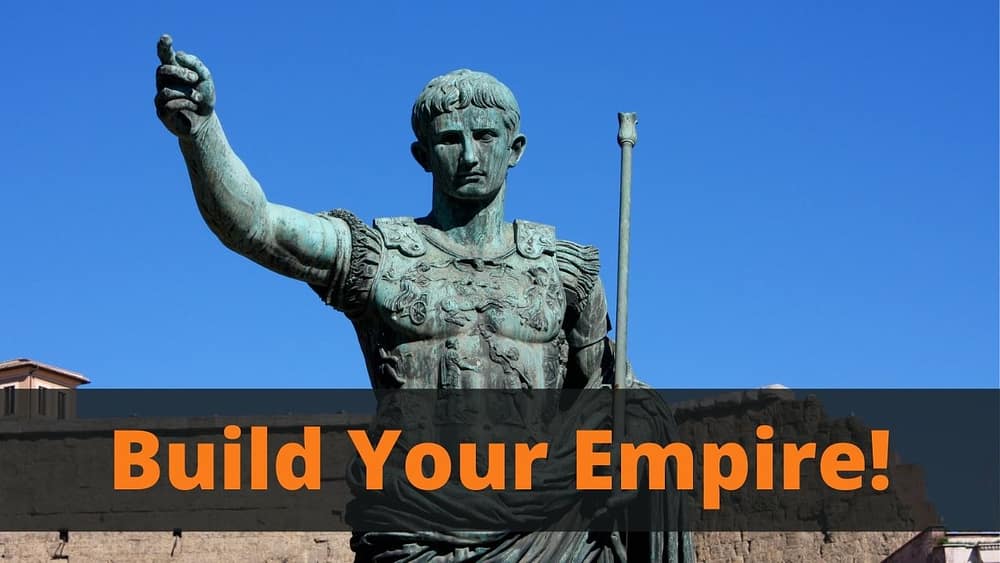 There is a lot to be learned from the most successful and powerful people in history. Things that are still applicable today and that will still be highly relevant in another 2121 years.

And for that purpose, we’ll be looking at nobody less than the mighty Roman Empire, Julius Caesar.

We will be looking at Julius Caesar’s habits, his rise to power and finally we’ll look at the lesson you can learn from Caesar.

We will look at 4 of Julius Caesar’s life lessons that, if you apply them, will lead you to rise to the top in whatever it is that you do. This works for every occupation and most areas of your life!

There is one thing above all else that led to his success.

It holds true even more so now than it did 2100 years ago.

And this is it:

From boy to emperor, all the way until his murder, there’s something that set Caesar apart from most others. It’s the same thing that sets the super successful apart from the rest in present times as well.

Julius Caesar was an avid learner!

Whether it was studying the enemy, battle tactics, politics, economics, or anything else, Caesar studied it to make sure he came prepared for whatever situations he would get into. Without this, none of his success would have been possible!

The same goes for you.

Sure, you can get a decent or good job by just finishing your formal education. But if you want to succeed at the highest levels, your education and training never stop. Never! If you have ambition, make sure you’re getting the skills to back it up!

And that’s not just for your career…

The same applies to your finance and investing, your health, relationships, understanding the mind (psychology), any hobby you want to excel at, etc.

Knowledge is power (if you apply it well)!

Time for a bit of history.

In order to learn Caesar’s life lessons, we do need to have a picture of his life. It might not sound all that important to you, but think of this as an example so you can grasp these concepts.

Julius Caesar was born in what was once a mighty family. When he was born, their wealth and influence had already declined significantly. Yet, his father was still a governor, which opened him up to learning about politics and power.

But there was another (distant) relative Julius looked up to:

This was quite the encouragement for our soon-to-be emperor. From a young age, he joined Marius’ political party, and it’s safe to say that he was a clear role model for Julius and a major influencer.

At the time there was a major civil war going on.

It went back and forth a lot:

When Sulla (Marius’ enemy) took control of Rome, he had to flee and hide. When Marius regained power, he came back and married a politician’s daughter. Through that marriage, he even became a high priest of Jupiter.

It was at this point that he joined the army.

In the army, he quickly worked his way up through his accomplishments. Those gave him status and wealth. He became well known in Rome, which helped him create an alliance with Marcus Crassus, one of the richest and powerful men in Rome.

Through this, Julius Caesar became governor of a province in Spain as well as chief priest.

He did well here too!

After being able to take down several tribes in his province that were rebelling against Rome, he was awarded one of the highest political positions at the time.

This was a powerful alliance.

Crassus, Pompey (a great general) and Caesar formed it to bring some stability in harsh times. And of course for each of them to gain more power and influence.

And perhaps most importantly:

Through this alliance, Caesar got in command of 4 legions. He then used these to invade and conquer Gaul, the area which we now know as France and Germany.

Caesar has had overwhelming victories in situations where everyone thought it would be an utter defeat. Making him one of the best generals and strategists to date still. He also launched an invasion successfully on Britain.

Through these achievements, Julius Caesar became incredibly popular with the people but feared by the senate.

They tried to take his titles, power and army from him.

Of course, Caesar bargained against it but they refused his request.

In Caesar’s eyes, the logical next step was to just use his army to occupy Rome. And the rest, as they say, is history.

So what lessons can you learn from Julius Caesar?

When he was just a small boy, he found his role model in Gaius Marius. Later on, they took it a step further where Gaius became Julius’ mentor.

You should absolutely be doing the same.

No matter what your ambition is, there are people who have already done what you want to achieve. Use these as role models and learn from them. Observe what they do and what advice they give in interviews, on social media, etc.

It’s great to have someone to look up to and to follow in their footsteps.

The next step is a mentor.

This one is easier said than done in many cases. If you know someone who has already achieved what you want to achieve, then go and ask them.

If you have the ability financially, then do this:

Here’s what will happen:

Many people won’t even respond.

Others will reject your offer.

The brilliant thing about this strategy is that you only need to get a single yes. This might be the first or second person you message, it might be the 100th or even the 200th person who says yes to your offer.

Also, chances are they’d be willing to pay you (either right away or after you proving your value).

The Recipe for Success in Anything

This combination of 2 things is what leads to incredible success regardless of what you do.

Julius Caesar exemplifies these 2 qualities incredibly well, so take these lessons from his life.

You need to excel at whatever it is that you want to succeed at. Average or just good won’t do at all! At those levels, there will be thousands or hundreds of thousands of people that are at the same level or even better than you.

You need to stand out to succeed.

One of the main reasons why Caesar become so powerful was because of his conquests. He has won battles that most people thought were unwinnable. But through his excellence in command and strategy, he pulled through.

If he was just a “good” general, he would have been killed in battle.

So that’s the first part, the second part is this:

Through his involvement in politics from a young age, as well as his connection with Marius, Caesar became well connected. He used those connections to gain more power, titles, his own army and more. The Triumvirate was also a great example of this!

Introverted or bad at networking? Use these tips:

You cannot do everything yourself!

Not if you want to succeed at the highest levels that is.

You need other people.

In business there are sole proprietors, and many of them do incredibly well for themselves. The ones who do well are excellent at their craft, but the issue is that all of them only have 24 hours in a day, 168 hours per week.

If you want to scale, you need a team!

But it’s not just in business.

Take music as an example.

It’s incredibly common for artists to make a song together. They do so not only to create a better track than they could on their own but also to combine their popularity. This way more people will be interested because they’re a fan of either artist.

For a lesser-known artist, a single collaboration can literally jumpstart their entire career!

How to Build Your Empire

So how do you apply Caesar’s life lesson’s to your own life?

Let’s break it down:

The first thing you should do is to figure out what you actually want to do with your life. Most people wander through life aimlessly without ever knowing what is that they want, and so they never achieve much.

And just to be clear:

For some people, that’s amazing! Happiness is the ultimate goal, so if you’re happiest when you’re drifting along without a care in the world, great! However, if you have the ambition to achieve more, then these are the steps for you!

Once you know what you want, do this:

Think about your goals and then reverse engineer them to figure out what skills and knowledge you need to gain in order to make them a reality. Once you do make sure that you study these things every single day!

If you need help building strong, sticky habits like this one, watch this free training!

Besides learning, you need to actually take action and execute!

No matter what it is that you want to do, you should be practicing it every single day. Just like Olympic athletes practice every day, great musicians make music on the daily and business people lay the foundation of their businesses one day and one brick at a time.

Learn whatever you can, do and become excellent at it! Not just good.

To do this, try to seek out a mentor and role models.

While you’re doing that, keep on expanding your network!

A single connection might get you a better job or business opportunity. Another connection could help you reach a huge audience with your art. Yet another contact might help you tremendously improve your skills.

And each of them could become an amazing friend or lifelong partner as well!

So, how do you network?

This would be an entirely different post on its own, but here are some pointers:

When you’re doing this, try to build as many meaningful connections as you can. After all, you’ll never know who might be able to hook you up for that next huge leap forwards towards your goals. Remember the tips above and try to be the connector for other people as well.

Keep doing that and you will build your empire just like Julius Caesar did!